As noted earlier, I have been part of a collaboration project with Parsons The New School for Design, and specifically, the Center for Transformative Media, and Mannes College of Music.

In the fall of 2013, our first guests in this project included some of the most internationally recognized and innovative guitar designers of recent decades (in addition to myself): Ken Parker, Ned Steinberger, and Gary Lee. Each lecture was accompanied by panel discussions, performances and demonstrations by internationally acclaimed artists including Allan Marcus, Charlie Hunter, Fred Hand, Charles Yang, Barry Salmon, Dom Minasi, & Ratzo Harris.

The full lecture that I did, titled “An insight into innovation in Guitar Design” is available on UStream.

The Radical Future of Guitar collaboration is continuing during the spring of 2014, with several additional lectures by Ezio Blazetti, Joe Ravo, Michihiro Matsuda, and Florian Vorreiter.

Additionally, I have donated scrap (but usable) parts from the Boden 7/8 production, for a group of students to instrument with sensors and assemble into complete guitars. As work progresses, we will make more announcements regarding what will become of them, but suffice it to say that there are lots of exciting plans for them!

I have participated via Skype during a few of the classes 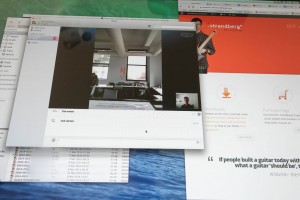 and I finally had the chance to participate in person last week. Here are some pictures of what went down, illustrating some of the individual projects that are going on. The best ideas will be incorporated in the final instruments. 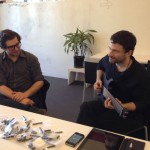 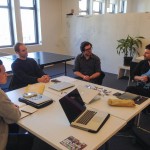 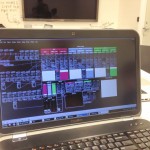 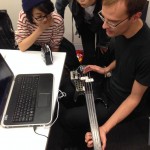 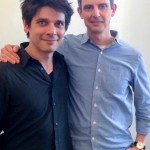 Me with the hugely inspirational Ezio Blazetti 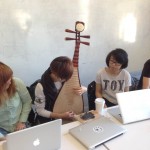 A Chinese Pipa for re-invention 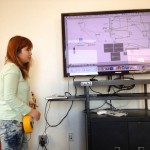 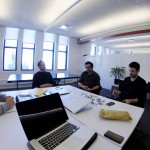 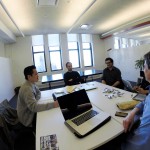 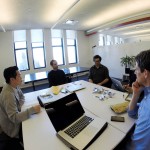 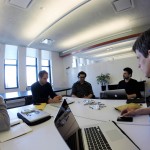 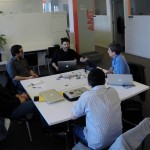 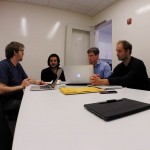 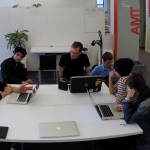 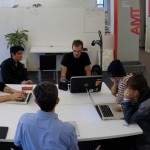 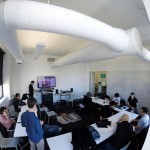 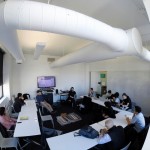 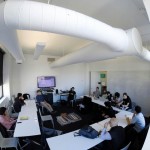 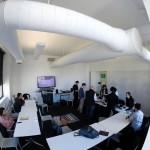 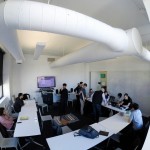 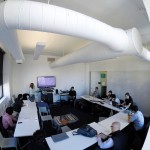 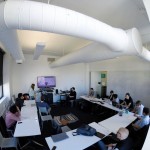 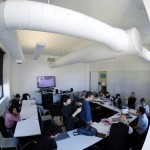 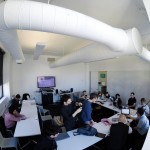 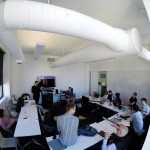